It is a rare opportunity to catch Avani Gilbert, founder of Om at Cashew Hill, unoccupied by students, lesson plans, or her 3-year-old yogi-in-the-making. But as the sun poured into the Maha shala, Avani shared her journey to hOMe.

At the age of 22, Avani earned her massage license, the first of many bodyworks, energy work and wellness certifications. As her final assignment, Avani created her own business, “OM Massage,” complete with a logo, list of services, and business cards.

Within two years, OM Massage opened its doors in Cocles, Costa Rica. “When Om first opened and had its first physical site in Cocles, it was a teeny tiny platform that I rented from a friend. It fit 5, maybe 6 people on a good day.” Space was small, but Avani’s vision was grand.

As she settled in, Avani took notice of the lack of spaces where she could regularly practice yoga herself. Having initially earned her Yoga Teacher Training certificate to dive more thoroughly into the studies of yoga, she began to offer three community classes a week on the deck. It didn’t take long for OM Massage to be recognized only as “OM Yoga.” “It became publicly referred to as OM yoga. Nobody called it OM Massage. I saw the need for yoga and continued to follow that need within myself. I continued to study yoga, and it became my deepest area of interest as more of a lifestyle path. The practice of yoga has informed my entire lifestyle. It’s not just the postures—it’s a way of living. I became more focused on yoga because it was directing how I wanted to live my life. That’s been the main guide to how the business evolved.”

Within weeks, the interest in Avani’s classes far exceeded the capacity of her deck, so she began offering morning and afternoon classes seven days a week, until even those classes couldn’t fulfill the need. Within ten months, Avani began scoping the coast for her next studio. Eventually, her path led her back to a sandy path she’d ventured before—to an abandoned soda on Cocles beach. “I used to go in in the morning and eat my rice and beans. The floor was concrete, but it was big enough for 20 or so people.” After nearly two months of remodeling, Avani opened the doors to her beachfront studio. “It was beautiful, but we were practicing yoga on concrete floors,” she chuckled as she shared. Three years later, Avani built a second-story platform for her classes, renting the bottom level to a coffee shop, now known as “Caribeans.”

On a sunny Tuesday, Avani’s long-time yoga student approached her about a nearby hotel seeking to build a yoga community. A shala, (what is known today as “the spa,”) was already in place for Avani to begin teaching, but her business had grown far beyond the reaches of another small platform. “I evolved and the business evolved with me.”

When speaking to the owner of the Cashew Hill hotel about the space necessary for her to successfully move her business, he replied, “How big of a space do you need me to build?”

What was once OM Massage in the hallways of a Maine massage therapy school, is now OM at Cashew Hill, a thriving community in the heart of Puerto Viejo. Whether you attend a public class, dive into Avani’s wealth of knowledge during a Yoga Teacher Training, or meander up the hill for an evening of ecstatic dance, the vibrancy of this special place will always make you feel at hOMe. 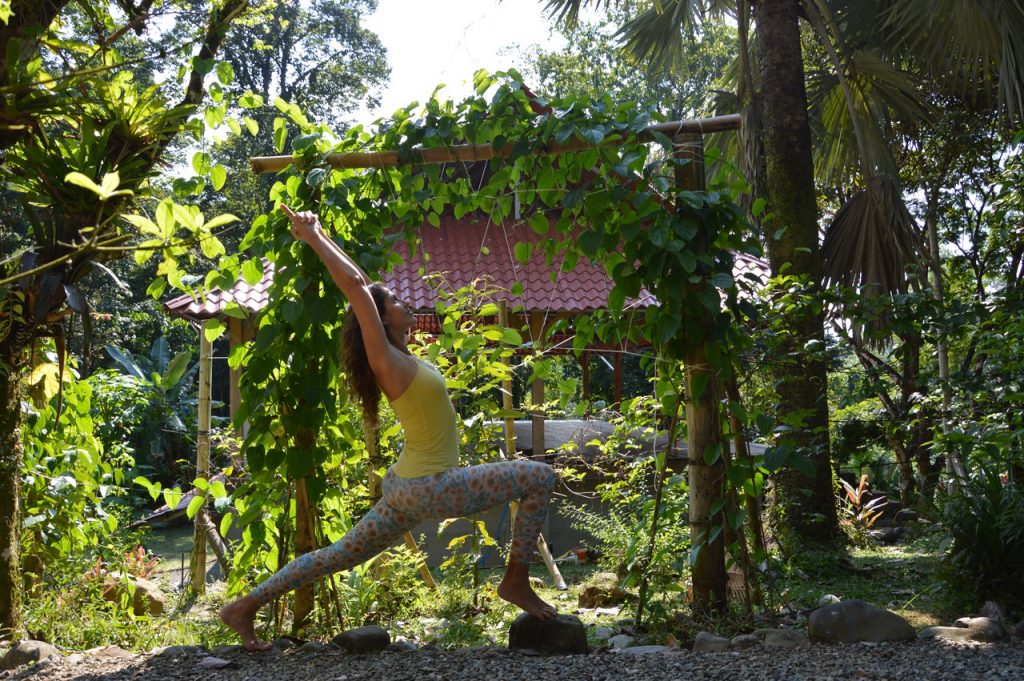 Avani with the Maha Shala as a backdrop 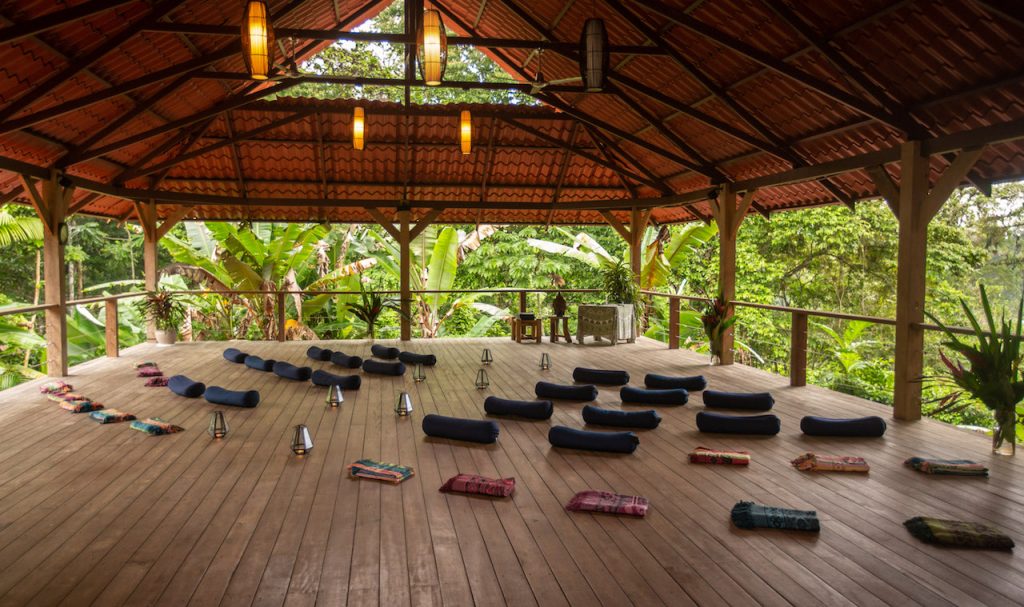