Diary of a Beginner Yogi: Entering the Jungle

Diary of a Beginner Yogi: Entering the Jungle

I made the decision to venture into the Costa Rican jungle as a stranger to yoga; I’d tried a couple of classes at university and watched a few youtube videos, but had never managed to get into it. I believed that yoga would always be inaccessible to me; yoga was for flexible people doing extravagant moves that I could never dream of doing, not for people like me who couldn’t even touch their toes. The few classes I had been to seemed to be run by expert yogis who spoke a language that I couldn’t understand to describe moves that I wasn’t capable of doing, it seemed like another world, one that I was very much not a part of.

So traveling to a yoga studio in the middle of the jungle was quite the leap of faith for me, but I arrived with an open mind, and a longing to find a style of yoga that would suit me. 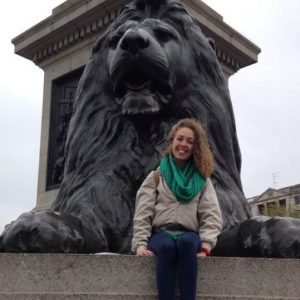 As I walked nervously into my first class my head was filled with all sorts of expectations. Before we’d even begun I had already thought of 20 things I wouldn’t be able to do, and a few reasons why I should turn around and go cook myself some breakfast instead; but before my mind had completely run away with me, I received a huge smile and the most genuine of welcomes from the teacher and I couldn’t help but be put at ease. I set up my mat, took a deep breath and braced myself for an introduction filled with the unfamiliar yogi language that I had decided must be an essential part of yoga

My expectations couldn’t have been more false! The teacher began the class with another warm welcome and an abundance of refreshing thoughts and genuine relatable comments that instantly made me feel confident that I belonged here just as much as anyone. She set the tone for a calm and immensely authentic class that was completely different to what I had experienced before.

As she began guiding the practice she explained and demonstrated the movements as we went along, making sure that everyone knew what they were doing, and was even laughing when things got tricky and the poses got crazy. This was something I had never thought yoga could be! I felt so at ease, relaxed and free to try out new things without judgement, despite having to take all the adaptations to assist my not so flexible body. The class was thought provoking, challenging, and downright fun. I hadn’t just found a style of yoga that suited me, I’d found a style of yoga that could be for everyone!

2 weeks in and I’ve been practicing yoga daily and reaping the benefits. I’m at the yoga platform at 8am most days, I’m growing stronger with every class, and despite still not being able to touch my toes, (these things take time) I’m finding immense joy and satisfaction from every teeny bit of progress I’ve made. The classes set my mood for the day, help me to feel calm, change my perspective and my body feels great every time I go. So don’t be put off by a bad yoga class, because in just two weeks OM at Cashew Hill has taught me that true yoga is without judgement and is inclusive of everyone.