Being Yoga. (a singular journey through a universal experience)

Observed and compiled by: Emma Side

I tried yoga for the first time when I was 18-years-old, and I hated it. The weird noises, the tensing and un-tensing of the body, and yet the total lack of sweating all made me feel like I was wasting my time. I was in high school then, and I would have much rather been playing hockey or running laps. Back then, I reallyhad no idea what yoga meant, but I knew it definitely wasn’t what I wanted to be doing.

If it’s about any one thing though, it’s definite about this…

After that I didn’t even think of yoga again for another 8 years. Then in 2012 my life fell apart. I was suffering from (what I thought) was a completely out-of-character depression, and was so lost, anxious and unsure that I sat, nearly catatonic on the couch and begged my Mum and my best friend, Lauren, to give me some advice.

“How do I fix this? Where do I even start?” I pleaded.

Lauren looked at me and smiled. “Yoga,” she said simply. “It’s what really helped me.”

And so we started looking up studios in the town where I was living in British Columbia, Canada until we eventually landed on one that offered everything from guided piano meditation classes to dance and a variety of yoga.

I dragged myself to the studio, and I think the very act of doing so created the friction that would soon reignite the fire that had gone out within me. My first few classes, I still didn’t really enjoy, (Downward Dog is a RESTING pose?!) but something told me to persevere. And eventually, after attending a few more classes, when I would lean in and listen closely, I would be able to hear the soft whispers of change. I was becoming calmer. More centered. Less anxious. And I recognize now that the seeds that had been planted so long ago, were beginning to grow.

I began going to classes 3 or 4 times a week, even practicing at home a little bit and reading and learning about yoga when I ‘should’ have been studying at school. I loved going to different types of classes, taught by very different types of people. Men, women, tall, small, and I could feel myself absorbing everything they had to offer. I listened closely to the way they spoke to the class, I watched how they conducted themselves, and the way they did or didn’t assist us in particular poses. After just a few short months I knew I wanted to be one of them. I wanted to teach.

But then a funny thing started happening. Despite the yoga community being incredibly welcoming and open-minded, I kept getting the message that I really ‘shouldn’t’ even consider taking a training for a couple of years.

I read an article once titled ‘Are you ready for yoga teacher training?’ and my response to every single question it proposed was “no.” I wasn’t bendy enough. I wasn’t wise enough. I wasn’t experienced enough. And according to that same article, I wasn’t even old enough.

And then I moved to Puerto Viejo, Costa Rica, and incredible teachers were offering trainings and encouraging me to take one left and right. It seemed like things were lining up for me to take a training after all, even though I still had my doubts.

“I haven’t been practicing yoga that long,” I said to a friend, who is also a teacher.

“Yeah, but it isn’t just about the postures,” she said. “Yoga teacher training should really be called a Yoga Exploration Workshop. It’s about SO much more than just your physical body.”

It turned out that even after practicing yoga regularly for two years I had no idea what yoga was. So with the reassurance of facilitator and owner of the Caribe Yoga Academy, Avani Gilbert, I signed up to find out.

So what is yoga then? I’m still not sure. My definition seems to change everyday.

Yoga embodies the teachings of universal love and compassion.

Yoga is an eight-limbed path to guide our journey on Earth.
Yoga is a philosophy, an ideology and a workout for your heart, body and soul. It’s everything and it’s nothing.

So instead of telling you that you can or can’t participate, or that you should or shouldn’t do a teacher training, I’ll show you what it’s like so you can decide for yourself. For everyday we’re in session I’ll write an article, and provide you with real insight into whether doing yoga teacher training, or taking a class is a viable option, (but I’ll warn you now, it is).

Yoga is for everyone. Let me show you why… 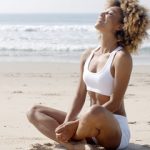 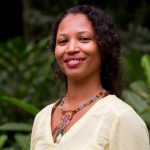 Get To Know Us – Flora DomenisUncategorized